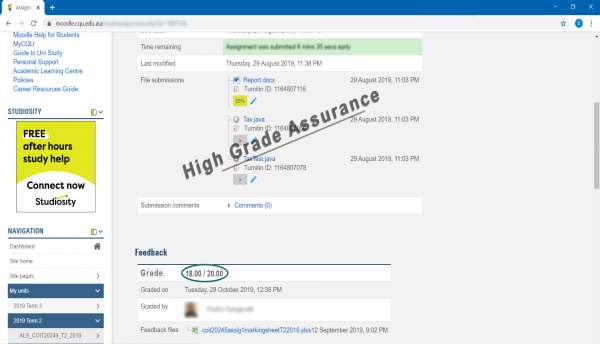 Rachel is a 32 year old CEO. She was born in Canada, and lived there until 2006, when she moved to Australia with her 2 young sons and her husband. Her family arrived in Australia on 1 July 2006 and settled in Brisbane. Her sons attended the local primary school. Upon their arrival, Rachel and her husband bought a home jointly in Brisbane and opened a joint National Australia Bank account. It is into this account that Rachel’s salary is deposited whilst she was working in Australia. Her husband didn’t get a job in Australia but was a stay at home dad. Rachel also maintained a bank account in Canada, where she still has significant savings.

In early 2018, Rachel decided that Brisbane was too hot; and that it wasn’t the place she wanted to raise her children. She also missed her extended family and had little job satisfaction. As such, she secured a job with a Canadian company, which involved significant travel within Canada. She left Australia on the 1st of July 2018 to take up this position. It was decided that her husband and sons would remain in Australia for at least another 6 months whilst the children finished the school year. Her husband and her sons remained in the house that was jointly owned by Rachel and her husband. In Canada, Rachel stayed with her mother and father in her childhood home whilst she was not travelling for work. Whilst she was travelling for work, she stayed in hotels. She spent approximately 20 nights a month travelling. She returned to Australia for a brief visit with her family for the month of December 2018, at which time she helped her husband list their home for sale and made arrangements for the rest of her family to return to Canada. On 1 January 2019, she once again left Australia, this time with her husband and children. When they arrived back in Canada, they purchased a new home and settled back into Canadian life.

Rachel seeks your advice as to whether she will be considered a resident of Australia for tax purposes for the whole, or part of the 2019 income tax year. In your answer, you should discuss each of the tests of residency, and refer to any relevant taxation rules and/or case law. Please ignore the implications of the Double Tax Agreement between Australia and Canada.

Julie is a 27-year-old resident of Australia for tax purposes, who works full time as the personal assistant to the executive editor of a well-known fashion magazine. She started this job on 1 July 2015 and is paid $10,000 per month. She is paid on the 3rd day of each month for the previous month. As such, she did not receive her pay for the month ended 30 June 2018 until the 3rd of July 2018.

Julie has always had a love of upcycling clothes - this is what lead her into the fashion industry! At the start of the 2018 income tax year, she moved into a neighbourhood which had several Op Shops and started to make purchases several times a week. She would spend her weekends at her sewing machine, turning these purchases of unwanted clothes into fashion masterpieces. Wearing the new clothing in public created a lot of interest, and Julie’s friends convinced her to start a Facebook “business” page through which she could sell her creations to the world at large. There was a large demand her creations. Julie kept accurate records of her expenses ($16,000 in total) and her receipts ($9,000 in total), and can substantiate both figures with invoices and so on. Julie advertised her “business” page in various Facebook groups aimed at fashion enthusiasts, and often took out paid ads through the Facebook platform to increasing her page views. However, she has advised that she had no interest in really making profit from this venture; it was something that she really enjoyed doing and gave her an escape from her demanding job. She did not obtain an ABN as it seemed like too much hassle.

Julie has further explained that her employment required a wardrobe of high-quality clothes for her daily use. She was also required to attend evening functions at least once a month. There was no express condition of Julie’s employment that she had to wear or purchase any particular outfit, but it was obvious to her that she was required to dress a particular way at work and at these events. Specifically, she purchased 5 evening gowns, 4 suits and several dresses at a total cost of $6,000. Outside of work, she wore t-shirts and jeans. Julie has told you that it was very seldom that she had an opportunity to wear for private use any of her work clothes - not that she had much “down time”!

Julie often takes her laptop home with her so that she can answer emails, and complete tasks that she ran out of time to do during the day. Again, her position is very demanding, and often requires her to work several hours a day outside of normal office hours. She works at the kitchen table, as her apartment is too small to have a designated “office”. Her partner is often home watching tv, preparing meals etc in the same room whilst she does this. She has calculated that the running costs for her apartment when she is working from home such as electricity costs for cooling and lighting total $300.

In the 2018 income tax year, Julie has received $12,000 in rental income from a residential property. During the income year, she travelled to this property for an inspection when her former tenants vacated the property. This trip cost her $500. Whilst conducting this inspection, Julie noticed several things that needed attention. Specifically, she acquired an upmarket second-hand dishwasher. At the time of purchase Julie was aware that the dishwasher would need repairs. She paid $200 to have the dishwasher repaired and then installed it into the property. The property managers for the property also charged an administrative fee of $20 per week.

Based on the above information, her 2018 income tax return was completed with the following details:

As stated above, Julie has been issued with a Notice of Amended Assessment by the ATO for the 2018 income tax return following an audit of her taxation affairs. The amended assessment resulted in taxable income of $140,250.

The reasons for the amened assessment are as follows:

In addition to the income additionally declared in Julie’s assessable income, the Commissioner has included Julie’s salary for the month ending 30 June 2018, because her employer was under a legal obligation to pay this amount to Julie as at this date.

The following deductions were denied in full:

Note, no changes were made to the $900 work related travel expenses (that is, the deduction was allowed).