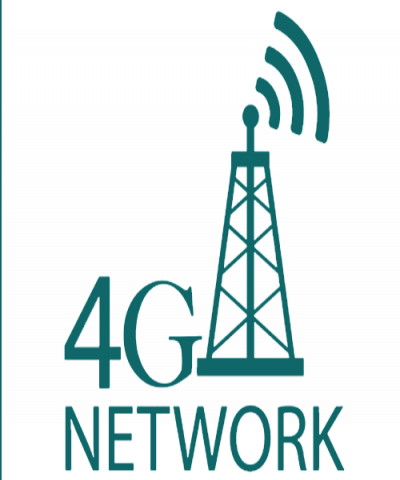 4G network and its distinctiveness

A realistic tour into the world of 4G network

What is 4G wireless technology?

4G is a mobile network technology which is faster than 3G and is utilised by almost everyone. It is the fourth generation of the technology of mobile phone and follows on from third generation and second-generation mobile technology. 4G Technology builds upon the offerings of 3G Technology but does everything that adds to the speed. The main benefits of this technology are basically divided into three main categories such as improved speed, crystal clear voice calls and reduced latency. It follows a long term evaluation standard which was commercially deployed in the year of 1998.

Nowadays, data plans are also becoming more affordable which is why many users can easily use mobile and local Wi-Fi networks with similar speeds. There are also some of the providers that offer home based 4G networks in order to take the facility of mobile hotspot anywhere. With the incorporation of 4G networks the mobile industry has revolutionized. This very fact has furthermore paved a developmental way for increased usage of mobile devices.

Technology has made it possible for people around the world to stay connected with each other. It is with the help of continuous advancements in networks that mobile and wireless networks are easily accessed by people.This article provides an in depth detail about 4G networks and its differences from the 3G and 5G networks. The information provided in the article can prove to be really fruitful for the understanding and completion of assignments related to 4G networks.

Moreover 4G networks also offer a lower latency which is considered as important when real-time interaction is needed in cases like online gaming and video conferencing. Additionally, unified communication applications that are being utilised on mobile devices also remain fast, responsive and clear. This further helps the distant colleagues to collaborate as well as work together. The main use of 4G network is in voice over LTE industry as it provides more stability as well as clear connection for making voice calls. With the use of voice over LTE, many businesses have switched to internet-based telephone systems in order to make clearer connection and communication.

Businesses can attain various benefits with the adoption of 4G technology for high speed network connectivity. This can be installed in some hours as compared to days and weeks to set up a wired connection. Moreover, fourth generation technology is also utilised in the automotive industry in order to make LTE based car connectivity features. Some of the organisations of the automotive industry offer 4G network Hotspots in vehicles, These connections are incredibly helpful for the remote workers where there is absence of feasible Wi-Fi connection. Apart from this, the impact and importance of 4G networks can stretch to a number of other industries because individuals and companies now have freedom to stay interconnected with each other in a less restrictive manner.

Moving further, with the discovery of new applications and increased use of mobile networks, the advancement has become an important part of today's life. The organisations of all sizes, even medium and small size organisations find that the 4th generation mobile network provides numerous benefits in terms of speed, reliability and flexibility as compared to other types of network.

The working of a fourth-generation network is basically similar to the third-generation network. It allows access to broadband speed and users can also access high speeds of data however it is affected by location. For example, a large city will provide faster speed as compared to a small village. Also, 4G network makes use of a highly advanced radius system which includes masts dotted present around the landscape. These masts are responsible for broadcasting the signals that are necessary to work for 4G networks. Further, the main motive for the coders and engineers is to cram as much as data they can get from the signals. This ensures that the network speed is faster as well as efficient.

Like 3rd Generation, 4G is considered as a protocol that receives and sends data packets where data is present in packets. However, the working of 4G is different in terms of network speed from third generation because it is based on IP addresses which use internet protocols for making voice data. This means that it is less likely to become scrambled in the traversing of several networks and provides seamless experience for the users. As all the mobile broadband works through the communication between device and base station, 4G also works in a similar manner.

The higher capacity is the major concern to differentiate between 3G and 4G. The 4th generation network provides the support to greater numbers of users even in the peak Times. For example, with 3G network towers only hundred people can be served with the best possible speed of connection but with 4G Tower this service can be provided to 400 people. There is also the reduction in latency features by the 4th generation network in order to provide quick response for commands basically performed during mobile gaming.

Advantages and Disadvantages of 4G network

The 4G network has definitely brought in a number of changes in the usage of network and the connectivity throughout the companies. The work scenario has changed for better along with bringing new challenges. This section details the advantages and disadvantages of the 4G network.

4G network comes with a number of advantages that put it above 3G network and makes it easy to use and faster.

Apart from several advantages of 4G networks there is the presence of few disadvantages. The flaws of the 4G network is listen below:

The utilisation of 3G network with video calling, mobile internet and data began in the year of 1998. This network is considered a slow network in a number of municipalities with the advent of technology until the incorporation of 4G Technology.

In non-moving or stationary devices, the network speed of 3G reaches to mbps whereas in moving vehicles it provides 384 KBPS speed. On the other hand, 4G technology is the current standard of the cellular network and was released in the late 2000s. It is considered as five hundred times faster as compared to third generation networks. It is able to support high dimension mobile televisions, video conferences and many of these kinds of services.

In the movable condition that is when the device is moving the top speed of 4G network can be 10 seconds of MBPS whereas in stationary it provides hundreds of mbps. One of the main differences present between 4G and 5G networks is the peak capacity as well as latency. For instance, in 5G Network, the capacity of the 5G sector is present in gbps whereas in 4G network, it is present in mbps.

Along with this, the latency that passes the information from one end to another is greatly reduced with the utilisation of 5G network that further cause faster download and upload speeds. Another big difference present between 5G and 4G networks is the size of bandwidth. 5G network is able to support a larger number of devices with respect to the demands of network and connected devices in the internet of things as compared to the 4G networks.

There are a number of challenges of 4G wireless network such as security access interfaces, timing and recovery. Seamless transfer of services and roaming is also the main challenge for 4G wireless Technology. Apart from this, there are a number of issues present in the interface of Ad-Hoc networks that are required to be sorted out. The new network of 4G is expected to interact with a number of other networks including Bluetooth, IEEE802.11b and Hiperlan.

Additionally, the conversion of digital to analog signals at high data rates, multiple user detection, complex error control techniques for dynamic routes and smart Antennas are some of the major challenges in front of 4G wireless networks. In the absence of 4G mobile network coverage, users are required to use 3G network or Wi-Fi connectivity in certain areas which is the main and worst issue to 4G network plan. However, this situation can be resolved with the expansion of mobile carriers to different regions for providing coverage.

Apart from this, in order to operate 4G network technology, there is a requirement of expensive infrastructure including gateways, routers, and access points. Although 4G is considered as optimal for data rate but it is not necessarily considered as best for voice services because some of the services are offloaded to 3G and Wi-Fi cellular technology.

4G technology uses many transmitters and antennas where a user can experience poor battery life of mobile phones by using this network. Therefore, there is a requirement for larger mobile devices that have more battery backup to stay online for longer times.

On a concluding note, it can be said that every network has its own advantages and disadvantages. There are varying features, which make one network better than the other. Moreover with the advancement in technology, first 4G and now 5G networks have got launched in the industry. Though the advanced versions provide high speed and data but they consume the battery little too fast. Additionally, their inability to tap the rural areas is a big trouble for remote working companies. Thus, to make these networks successfully work in the business and remote industries, it is important for the data companies to rectify these errors. Also, with the correction of these problems, these network giants can ensure their long stay in the industry.