7 steps for companies to assure high employee engagement at workplace 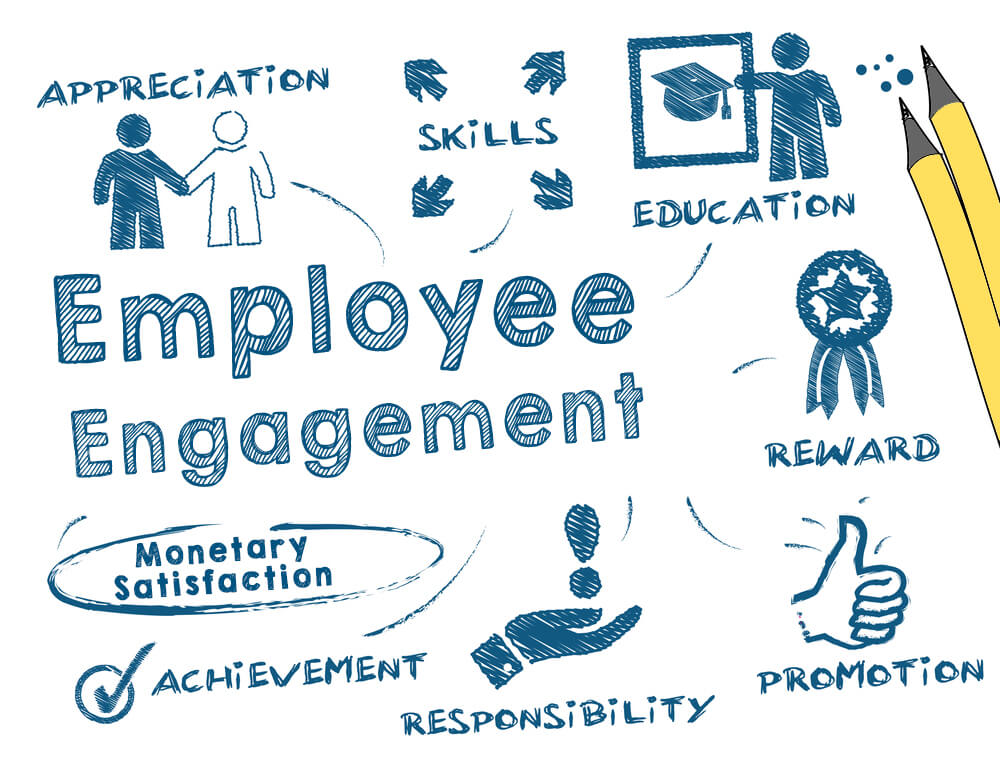 Employees from long have been believed to be the sole reason for a constantly developing organization. However, according to the State of the Global Workplace report by Gallup, only 15% of the employees are engaged in a profitable way. It means a mere 15% contributes towards the success of the company, while others are just serving the formalities. Well, this does not imply, that the rest should be fired, rather they need to be converted into the engaged ones.

Also, employee engagement defined by Gallup is the percentage to which employees are fully devoted or happy getting associated with the tasks of the office. Obviously to achieve a high percentage of engaged employees is not a cakewalk at all! But even if it is a hard nut to crack, it is crucial for the success of organizations. To elucidate, around 70 percent of top executives firmly assert that employee engagement is indispensable for the growth and success of their business. These insights from a report by Fast Track 360 makes a clear case for measuring and upscaling employee engagement within any organization. Needless to say, encouraging and sustaining it requires the right allocation of resources from the very beginning of the hiring process.

To make it easier at the implementation level, the following blog provides in-depth information on the myths, concepts, and conversion strategies to produce a higher percentage of engaged employees within an organization. These are meant to provide an insight into the various changes that employers and HR managers should try to inculcate in the working cultures of their respective organizations.

First and foremost this article will highlight the myths that most employers commonly have. The list constitutes of the four general and most popular myths that are prevalent across various industries.

Four popular myths that employers have

#Who is an engaged employee?

An engaged employee is one, who is truly loyal and emotionally determined towards his set career goals. Also, such people dream to grow passionately with the development of the company. Therefore, their dreams are in alignment with the vision of the company. Engaged employees work for the expansion and futuristic growth of the company. In fact, one would have noticed, that such employees are very energetic and always ready to take up any challenge at the workspace. These people never leave their invigorative spirit and are ever prepared to accustom themselves to any of the roles offered to them.

Also, such people tend to possess out of the box thinking skills and are always keen to stretch their limits of work. Moreover, engaged employees prove to be future leaders and keep contributing to the same company for a comparatively longer period of time. Having such employees in the workforce can literally change the fortunes of an organization. According to analysis from Gallup, companies that have actively engaged workers are 21% more profitable than others.

#Difference between a happy and an engaged employee

These people stay positive and smiling but do not take any step beyond the tasks assigned to them. They perform their duties with diligence but they do not feel a sense of emotional connection with the organization and its goal. Additionally, one would agree that these people are not even very much inclined towards providing extra kind services to the customers of the company. In short, they just restrain themselves to their KRAs and do not invest their time or energy towards producing anything extra for the benefit of the organization.

These employees, if treated as opportunities, can be converted to the class of engaged employees and utilized to add, to the profit numbers of the company. Following are a few of the steps, which if followed, can help an employer to hire engaged employees from the very beginning or even convert the existing ones to engaged and high-performing workers.

However, before moving to the solution, here is a little brief about the third category called the actively disengaged employees. These constitute 18% of the total workforce and are usually identified as the people with negative influence over the rest of the office staff. They are more interested in checking the progressive report of others rather than concentrating on their own. What is more concerning for the organizations is the fact that disengaged employees can result in major financial losses. To validate this, a study by The Engagement Institute reveals that U.S based business organizations incur losses of around 500 billion USD each year due to disengagement among employees. This staggering figure speaks for the whopping costs of not paying heed to employee engagement.

Subsequently, having analyzed the various degrees of engagement among employees, this blog further sheds light on the most effective and pragmatic strategies to boost employee engagement. In the next section, there is a list of the most relevant practices for creating a high productivity culture:

Most importantly, during the implication of all the above-mentioned steps, it should be made sure that the factor of trust is given utmost importance. The company should ensure to practice exercises which exhibits that its employees are highly trusted and valued. This would infuse more confidence and faith in them for the company and they would now devote their talent of full ability towards the achievement of vision and goal of the employer. To add more, our website assignment help 4 me has many resourceful blogs which can be helpful to the users.

If you have some other ideas to produce a fully engaged workforce, then we would be obliged to hear your experiences at info@thespeakingpolymath.com or post your valuable comment in the section below.