6 ultimate ways to fight down student debt in Australia 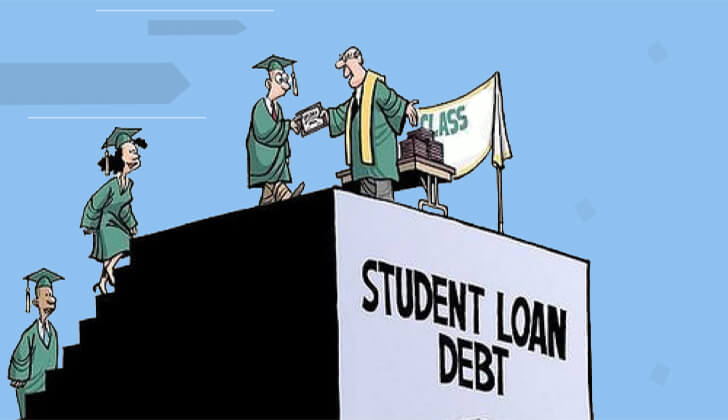 World today has got greatly reformed in a number of ways which has given wings of progression to every possible field. With the increasing scope of development in various arenas, the cost to access the growth and advancement is also increasing. In fact, a state has been achieved, where the presence of a number of hi- tech tools can be seen and people are well aware of their advantages but do not have the passcode- the money to access the same.

Exactly, this is the case happening with the education sector in Australia. The students in Australia are aware about the benefits of college education but due to high education costs, it is becoming very difficult for them to afford higher degree courses. The high cost is not only putting pressure on their minds but is also acting as a great barrier to accomplish heights in their career.

So, along with its demoralizing effects on various other sectors, education or students are the main victims of inflation in Australia, which has given birth to terms like college inflation and academic inflation. The students studying in various colleges here, can be seen complaining about their inability to balance the education cost and other finances that covers the cost of living. Therefore, to add a little relief to their stressful life, this article has been especially designed to analyze all the problems, effects- the students face as a part of higher education system of Australia and most importantly what are the possible ways to bring them out of huge student debt.

However, before that, here are few of the facts to consider

The rate of college inflation (2.6%) is approximately twice the Consumer Inflation rate (1.7%) as of July 2019

Booming gains from international students by 2025

Still, the trend in the tuition hike is distressing

The College inflation witnesses 8% hike in tuition fees every year, which results in doubling the college fees of a child than that of his parents

#The why? - Reasons for the increase

Now, here come the reasons, which are making the education cost soar higher, thereby increasing the student debt. Obviously, not individually, but a collective effect of all the below mentioned points are posing a threat to the peace of mind of every average and low-income student, studying in Australia. Also, as per the facts, on average, the tuition fees of higher colleges in Australia increase by 8% every year, which reflects that the college fees doubles every nine years. The basic reason for the same is rapid growth in inflation every year along with the following supplementary reasons that add to the chaos and misbalancing of finances.

The above graph depicts that there will be a 100 % increase in the tuition fees of Australian colleges in a gap of 20 years. This means that the new born of today would pay double the amount of fees, the present college generation is paying.

With such soaring costs of education in Australia, many students are not able to apply for higher education courses. This is truly sad and needs to be taken as an alarming situation for the future growth of the country. If the number of students applying for the courses will steep down, it will not only affect the economy's growth but will put a question mark on the personal growth of the students. Further, it can contribute towards an increase in the unemployment ratio of the country.

Moreover, all the factors discussed in the above section put pressure on the Australian colleges to increase their education fees, which further ends up in the following effects.

The problems discussed above are impacting greatly on the growth of the students in higher education which is why it is the need of the hour is to look for realistic solutions. Thus, the following is a list of possible way-outs, implementation of which can prove to be highly beneficial for the students as well as for the government of Australia.

So, by making the above mentioned amendments, the universities and the students together can make it possible for the future generation to have a stress free and easy going life.

If you can propose some more actionable steps which can help the students to fight the problem of debt, then please share your valuable ideas at info@thespeakingpolymath.com or comment in the below section.

A Newsletter by Speaking Polymath, to keep you updated always!

To keep reading our blogs, please register for our newsletter